Learn how one woman went from having 2 seizures a week, to 0 seizures in 6 months.


As defined in 2016 by the Annals of Vertebral Subluxation Research, Epilepsy is defined as, “a chronic neurological condition that is characterized by recurrent unprovoked epileptic seizures.” Sadly, 8 to 10 percent of the population is expected to experience a seizure at some time in their life, with 3 percent of the population developing epilepsy. With such devastating numbers and so few answers to this damaging chronic illness, many may find comfort in a recent case study performed on a 23 year old woman, who’s epileptic seizures went from two a week, to 0 in six months using Holistic Chiropractic Care. 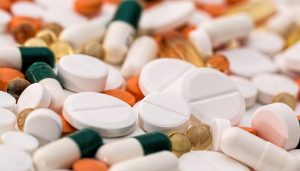 Pharmaceutical Drugs continue to be the most common way to treat epileptic seizures.

Traditionally, epilepsy is treated using a variety of drugs. Unfortunately, 30 percent of patients treated using prescription drugs are not monitored, with dosages either being too low, or too high for many. If patients are given the proper dosage of pharmaceutical medication, few live without the unintended side-effects, ranging from anxiety, depression, migraines, allergies, etc. Given the drastic repercussions due to the use of pharmaceutical drugs, many have turned to alternative treatments of their epilepsy, in this case, Holistic Chiropractic Care. 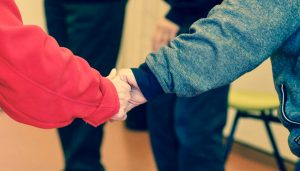 Supporter holds the hand of a patient suffering from epileptic seizures.

Here, we meet the woman from the case study, a 23 year old suffering from grand-mal seizures since turning 21 years of age. Since having her first seizure, this patient’s frequency increased from two a month to two a week. Additionally, her records informed us that within the first year of chronic seizures, she had lost approximately 50 pounds and suffered from severe fatigue, memory loss, allergies, anxiety and depression. To treat these symptoms, Doctors began prescribing medications for these side effects, all while still issuing a strong dose of epileptic medication. Unfortunately, the 21 year old woman continued to suffer at the hand of chronic seizures, averaging 2 per week, with no signs of improvement due to prescribed medicine. 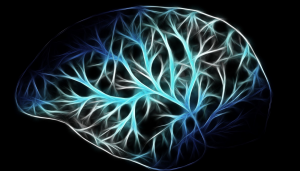 Many seizures come from abnormal signals from the brain change the way the body functions.

To discover the source of these seizures, Doctors began a series of tests, including bothchiropractic and physical examinations. These tests included: spinal x-rays, palpation, and a postural analysis. From these examinations, Doctors were able to determine that the source of this woman’s Epileptic seizures stemmed from abnormal posture, chronic subluxations in the cervical, thoracic, and pelvic areas, and temporal lobe epilepsy. 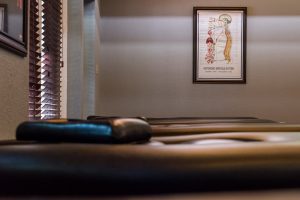 Holistic Chiropractic Care may be the answer to some, but not all persons living with seizures.

Upon discovery of these treatable ailments, Holistic Chiropractic Care began. At first, Doctors began with a visiting schedule of 3 times per week. This included adjustments specific to treating the patient’s posture, as well as chronic subluxations. Two months into her treatment and the patient noticed the disappearance of both her depression and anxiety. Even better, the 23 year old noted overall improvement and began taking herself off of her previously prescribed medications. With each month came continual improvement, until at her six month evaluation, where the patient was cured of herepilepsy, and freed of all medication.

Looking for ways to improve your overall wellness, physical, or mental health? Visit besimplywell.com to discover the benefits of Holistic Chiropractic Care from Dr. D’Anna and his team at Be simply Well Holistic Care.