Many of us currently hold jobs that require us to sit at a work station all day. Unfortunately, when sitting in one place for an extended period of time with little movement, we can do damage to the health and wellbeing of our own bodies. We evolved to move and remain active, however that is hard to do in our current work environment. This begs the question: How can one maintain their health while working a desk job? 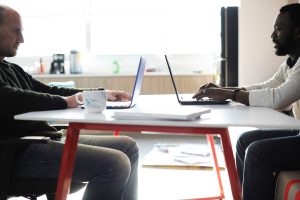 A study from the University of Missouri investigates the impacts that sitting has on one’s health. Researchers began by examining 11 healthy young men before and after a long period of sitting. Researchers found that remaining seated for long periods of time decreased the flow of blood through the legs. What may come as more a surprise is that prolonged periods of sitting decreases the flow of blood to the arms, as well.

After remaining seated for 6 hours, researchers asked the 11 men to walk for 10 minutes. Afterwards, they found that their short stint of activity reverses the effects that 6 hours of sitting has on the legs. However, this did not seem to improve the cardiovascular function in the arms of the participants. You can improve your overall circulation with stand-up desks and exercise breaks. Both have shown to reverse the negative effects that prolonged sitting has on the body.

Though this study was performed on younger adults, the same results may not be achieved for seniors. At the end of the day, the conclusion that can be made from this study is that movement throughout the day is beneficial to your body if you work a desk job.

Discover how a lack of focus during an exercise could potentially benefit your form, rather than negatively affecting it.

Mentors, fitness coaches, and even our own brains encourage us to focus during an exercise, as it will only improve our results. Put enough thought behind a muscle under stress, or an agile movement and our form ought to significantly improve overtime. However, research from the University of Nevada-Las Vegas seems to discredit this idea all together.

“You can’t possibly try to be efficient and focus on what you are doing,” claims Gabriele Wulf, Ph.D., director of the Motor Performance and Learning Laboratory at UNLV. “When working out, I think the mind has more of a negative effect.”

As indicated by Wulf, the world’s greatest athletes don’t give the movement of their bodies a second thought. This is because of constant practice, making their exercise and performance second-nature. Her studies seem to suggest that we can fool our bodies into thinking our movements are already programmed into our minds. This would emulate the mental state professional athletes hone into, benefiting one’s form during a workout. We recommend following these tips from Wulf to train your brain’s thought process for better performance during an exercise.

Think outside of your body 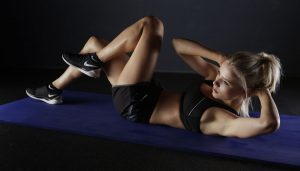 “When you adopt an external focus, you perform much more automatically and efficiently…”

During one of Wulf’s studies, she divided swimmers possessing equal skills into two teams. The first team concentrated on the movement of their arms through the water while finishing their laps. The second team concentrated solely on driving the water back. The second team reported faster times thanks to a phenomenon called “external focus,” amid which focusing on the effect of the body’s movement is more effective than focusing on the body itself. “When you adopt an external focus, you perform much more automatically and efficiently,” Wulf says. “Somehow the body knows what it has to do to achieve the desired outcome, and that results in more fluid, efficient, and accurate movements.”

This can go for any exercise. While weight lifting, concentrate on the movement of the dumbbell rather than the muscle. While running, concentrate on pushing against the ground as opposed to breathing or the movement of the legs. When you disregard particular movements and focus on what’s around you, your your overall form will benefit, Wulf says. 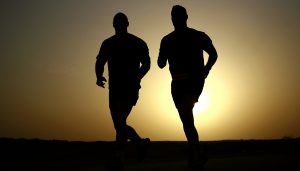 “Positive feedback relaxes you, and you aren’t consciously concerned about your efficiency…”

Positive thoughts accomplish more than good feelings—in fact, it makes for a more productive workout, while also benefiting the way you breathe during an exercise. In a recent report, Wulf divided sprinters with similar skills into two teams. The first team continued to run for 10 minutes. Additionally, the second team continued running for 10 minutes, while also receiving encouragement on their form—even if any sort of form was actually lacking—every two minutes. The second team felt less exhausted and seemed to breathe more efficiently than the first team.

This proved that if you convince yourself you have good form, your workout will feel less demanding and efficient breathing will prove to be less of a challenge. Wulf says this is due to your believing you possess good form, causing your mind to think less. “Positive feedback relaxes you, and you aren’t consciously concerned about your efficiency,” she says.

When working out solo, you can benefit from the energy of positive thoughts by convincing yourself that you have great form, or when giving thought to a recent achievement. When exercising with a partner, encourage one another’s success. This will enable you to worry less over your form, which will enhance how you feel and perform during a workout.

Make your own decisions 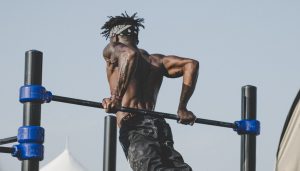 “Empowerment not only promotes form, it causes you to feel less fatigued.”

Wulf states that encouragement promotes accomplishment during an exercise. Feeling empowered not only promotes form, it causes you to feel less fatigued. The end result? It requires little effort to encourage motivation, Wulf’s studies show—as long as you are in control.

During one of Wulf’s studies, weightlifters who were given the opportunity to decide the flow of their workout lifted more weight for a greater number of reps than the individuals who were given a strict regimen. Those given the choice to decide their workout pd better because “people want to feel autonomous,” Wulf says. “It doesn’t take much—a simple little choice can do the trick.”

If you have already begun a workout plan, start bay changing little bits of your routine, such as in which order you perform your workouts, or the kind of warmup and recovery stretches you perform.