Learn more about slouching and the negative impact that it could have on your teenager in the future, and what can be done to prevent it

Do you remember hearing that infamous phrase “Sit up straight!” when you were younger? Do you remember wondering why it was so important that you sat up straight, and how much you hated being told to do so? How many times have you said this to your own particular child or teenager on any given day? There’s reason for that famous saying, and it may be more important than you think. If you develop a habit of poor posture as a child or teenager, you may be setting yourself up for multiple back issues and pain later on. As a result, researchers conducted a study in order to better understand slouching in young children and teenagers. 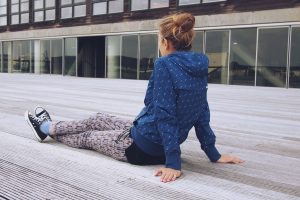 researchers found that a male teenager was more likely to slouch than a woman.

A study published in the US National Library of Medicine asked 1,596 teenagers to fill out questionnaires about their way of life, psychosocial profiles, and experience with back pain. In addition to these factors, researchers also asked that they report their Sagittal sitting posture, body mass index (BMI), and back muscle endurance (BME). These researchers found that young men were more likely to slouch than young woman were. 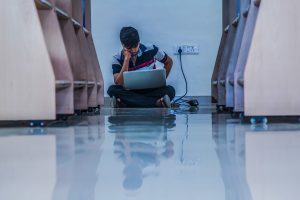 Sitting in front of the TV, having a higher BMI, and a lower self-esteem only increased the chances of teenagers developing a form of slouching. In addition, teenagers who slouch have a higher tendency to have a weaker lower back, as well as an irregular standing position and increased back pain. Researchers also indicated that teens who suffer from back pain while seated scored lower on a child-behavioral test. It should be mentioned that the degree of slouching and BME were less related to back pain than those factors mentioned previously.

This evidence suggests that there is more to the saying, “Sit up straight,” than people might realize. It spans way beyond a proper posture, but rather, prevents unnecessary back pain in the future. Encouraging a healthier way of life and inspiring confidence in your child or teen could assume a major part in correcting their posture. If you are concerned that your child or teen may be suffering from poor posture, consider visiting a Chiropractor to assess their sitting and standing posture.